Will a Water Filter Remove Rust from Water? 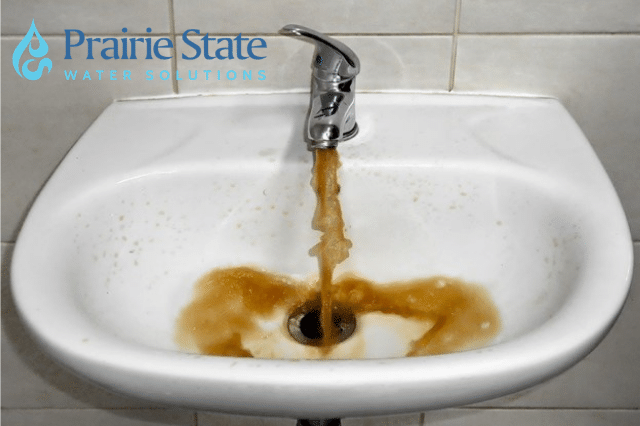 All around the nation, cities have been replacing old water service lines with new lines due to the risk of lead exposure and other contaminants released by corrosion. One of those contaminants is rust, or iron oxide. If your Batavia, IL municipality isn’t planning on replacing your water system any time soon, there isn’t much you can do about your old, rusty pipes. However, you can use a water filter to get clear, clean H2O from your faucet.

How Does Rust Form in Water Systems?

Today’s water lines are made from rust-resistant materials such as copper or PVC instead of cast iron or steel. The problem is that even if you have rust-resistant material running into your house, rust may build up before it reaches your home in old lines and make it into your house. You may not notice rust at low levels, but a large amount of rust can discolor your water. Running water for 10 to 20 minutes may return your water clarity, but the rust is likely still there in smaller amounts.

Aside from rusty pipes, ground water can also contain iron. This is dissolved in clear water and does not “rust” until it is exposed to oxygen and becomes iron oxide. Dissolved iron can also be oxidized with chemicals such as chlorine. Iron is often oxidized so that it can be removed via a mechanical filter.

Is Rust in Your Water Harmful?

The Environmental Protection Agency does not consider iron or rust in water sources to be a health concern. In fact, iron is an essential nutrient for life. However, iron in its dissolved or oxidized form can be a nuisance. It can make hair and skin dry and brittle. It can also make laundry appear aged and worn. In severe cases, too much iron can cause health problems such as organ damage. Again, it is not typically a health concern in municipal water sources due to water testing and treatment. Private wells should be tested.

Will a Water Filter Remove Rust from Water?

Certain water filters will remove rust from water because the iron is oxidized and in a particulate form. Water softeners will also remove some iron from water because it will exchange with sodium in the same way that calcium does. If your water is not clear or has a metallic taste to it, speak to a water treatment specialist to find out the best way to remove rust or dissolved iron from your drinking water and get clean and clear water into your home.